Today is the 31st of December, and the last day of 2013.  I believe this is the best time for me to look back at 2013 and make a weblog of my most memorable days of the year.

At the beginning of 2013, I decided to break down my introverted personality, and do things which I’m usually not comfortable doing such as traveling and socializing. Solo traveling was one of the things at the top of my list of goals, but alas I was not able to make solo traveling happen this year.  Apart from solo traveling, however, I did almost everything I’d planned, and I am now looking forward to making my remaining current goals happen in 2014.

Let’s quickly look at some of my most important highlights in 2013:

January was a month of traveling for me, and apart from spending New Year’s Eve with family, I started the year with a trip to Goa. It was four days of a complete break from work, and it was an amazing trip. (Except that I lost my brand new iPhone 5 in Goa!)   🙁

In February I didn’t do much traveling, but I spent a lot of time at cafes in Hauz Khas Village, and I blogged from there. It was not a very productive move, but I did enjoy moving out of the house to work, and I found that the change of environment helped me to re-discover my creativity.

March was suppose to be a very special month, as I was scheduled to travel to Thailand with my childhood buddies for some skydiving, but unfortunately my friend lost his passport and we couldn’t make it happen.

One eventful day in March was Holi, when I spent time with my family and friends. I wanted to spent Holi this year with my friends in Delhi, but I realized that this festive time is for family, as by the end of the day you want the warmth of your family.  (For those who are unfamiliar with Holi, it is an ancient Hindu religious festival – a spring festival, sometimes referred to as the”festival of colors” or the “festival of love”.)

April was another good month for travel and adventure, as I made a small journey to Hrishikesh and did some river rafting. Two of my friends and I drove to Hrishikesh and spent three days at the peaceful valley of Himachal.  (And yes, there was another failed attempt to keep myself fit by joining a gym!  Sigh…)

May was a memorable month, as I went to Mohali for my first-ever blogging seminar. It was organized by the Indiblogger team, and I am grateful to Shankar Bakshi for inviting me to be the keynote speaker at the event.

On the very day of that event, I also learned that I had been mentioned in the national magazine “The Week”. From a professional perspective, this was good exposure to national press.

At the end of the month I also traveled to Goa to attend the Ford Ecosport launch.

June was a month of celebration for me, as I turned 27 on the 22nd of June. For the first time I celebrated my birthday in grand style, and it was one memorable night for me.

July was one of the slowest months of the year, but I was busy working and taking my career to the next level.

I also traveled to Bangalore to attend the AMD event, and I met up with Sowmya and Vijit, a couple of my old friends.

At the end of July, my family came to visit me in Delhi, and I spent the last days of the month experiencing amazing places in Delhi like the Kingdom of Dreams with my family.

August 2013 – A month of unexpected pleasure

August was a month of career uplift for me, as I received the Best Blog Award for ShoutMeLoud on August15th . (What a great day to get a national award!)

September was a hectic month for me, as I was busy hunting for my new house in Noida. That’s when I realized that the future of money is in real estate, though it is one tough market to get into.

I thought about creating a web property on real estate and putting a big chunk of my investments in the Noida real estate market, but thanks to good advice from my family, I didn’t rushed into the decision and ultimately saved myself from a disastrous investment. (At the time of the writing of this post, (Dec 31st, 2013), the NCR real estate market is at an all time low.

Along with all of this, I did a small road trip to my home in Rajasthan with my Grandfather. Visiting Rajasthan is always a blessing, as I get to visit with my relatives.

October was a month full of surprises, as I was busy making decisions about my career prospects. Initially I was planning to join one of my friend’s start-ups.  I did have the opportunity to work with him in Noida for 15 days, which was my second experience working with a start-up.  I later decided, however, that it would be difficult to adequately focus on my blogging career and another start-up at the same time, so I dropped the plan of working with another start-up.

On 18th October 2013, I did a workshop for Asia’s biggest hosting summit at Hyatt Gurgaon. It was an incredible experience, and I was unprepared for such a huge crowd. Here is the video from the Workshop. 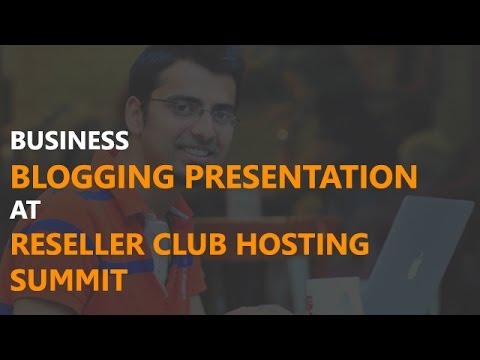 Later in the month, my friend Aradhana and I did a video shoot for Citibank.  It was first video shoot I had ever produced, and I think it came out very well.

The video is embedded below for your reference: 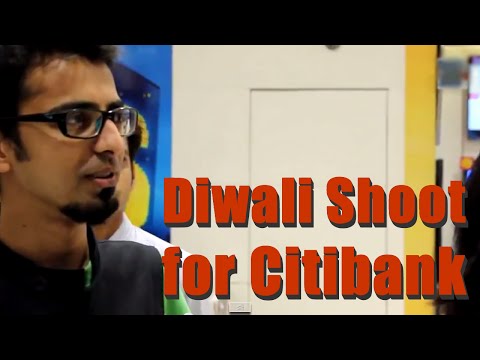 Last but not least, I also fulfilled my dream of skydiving!

I was planning to go to Thailand for the jump, but unfortunately that plan was cancelled. I was  lucky enough to hear about a skydiving camp at Karnal Haryana, and I decided to go there alone and make one of my dreams happen.

The actual experience of jumping from 10,000 feet is much better than what we see in YouTube videos and movies. If you ever get a chance to skydive, don’t think twice!  It’s awesome!

November is a special month for Indians, as it’s marked by Diwali (Festival of Colours). I started the month by going to my hometown , and spending the festive season with my family.

At the end of the month I traveled to Himachal again with my close friends, and that’s when I discovered a lot about myself. I realized many of my strengths and weaknesses, and understood how important it is for us to start traveling, and to see the unseen.

December is always an eventful month for me, because it marks the beginning of my blogging career (1st December). I did a small write-up of 5 years of my blogging journey, and you can read all about it here.

I spent the rest of the month going to new places and marking the end of the year on an eventful note.

And finally, I traveled to Goa to enjoy the last days of the year 2013.

2013 was a great year of education and experiences for me. I spent a great deal of time reading as much as I could and learning new things. I read from many and varied authors and watched countless hours of videos on YouTube to educate myself in matters of interest to me. Most of the videos I watched on YouTube were related to motivation and human psychology, and I not only enjoyed them but I found them to be very informative.

Along with the good things that emerged from the year 2013, I also made some really bad-decisions, but I learned a lot from my mistakes and poor judgement. I didn’t let those mistakes become hurdles, but instead tried to improve myself toward an ultimate goal of becoming a better version of myself with every passing day.

Special thanks to the friends in my life who always made me feel at home in this unknown city.

Following are some of the quotes/words written by me this year:

And Happy New Year to You!

Tomorrow is the beginning of a new year, and I already have my personal wish list and my new year’s resolutions ready. I deeply believe that if we dream enough, all our dreams will come true. I wish you all the love, luck and happiness for 2014. Do remember, whatever actions you take from now on will not only define your 2014, but all the years of the near future.